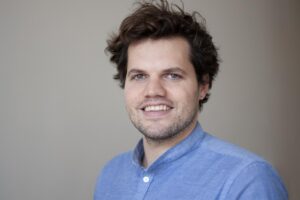 Dimitri Van Den Meerssche is a Postdoctoral Research Fellow at Edinburgh Law School, working on a UKRI Future Leaders project titled ‘Infra-Legalities – Global Security Infrastructures, Artificial Intelligence and International Law’ (led by Gavin Sullivan). He is also an Associate Fellow at the T.M.C. Asser Institute, where he previously worked as postdoctoral researcher. Dimitri holds a PhD and an LLM in International Law from the European University Institute, an LLM degree from New York University School of Law as Belgian American Educational Foundation (BAEF) Fellow and a Master of Laws degree from Ghent University (Summa Cum Laude). In the context of his doctorate, Dimitri worked at the World Bank Legal Vice-Presidency and the London School of Economics.