×
The Institute for International Law and Justice (IILJ) brings together the research, scholarship, teaching, and outreach activities of NYU School of Law’s acclaimed international law program. The Institute is closely connected with leading scholars and research institutions worldwide. It integrates the School of Law’s scholarly excellence in international law into the policy activities of the United Nations, non-governmental organizations, law firms, and industry.

The Institute organizes collective research projects with academic and policy institutions internationally, and academic and practical training initiatives conducted by faculty examining international law questions. Student research papers are integral parts of many of these projects; students also plan and co-organize conferences and workshops with faculty. Current research includes a longstanding project on Global Administrative Law (GAL) and specific projects on megaregional-scale regulation (MegaReg), relations of infrastructure (physical, digital, and legal) to regulation (Infrareg), and global private and hybrid governance. The IILJ’s Program in the History and Theory of International Law (est. in 2000) enables an interdisciplinary scholarly network and numerous events and publications. The IILJ works jointly with NYU Law’s Guarini Institute for Global Legal Studies on major programs on digital-tech governance and global data law. Past projects addressed indicators as a technology of global governance, climate finance, and inter-institutional relations. 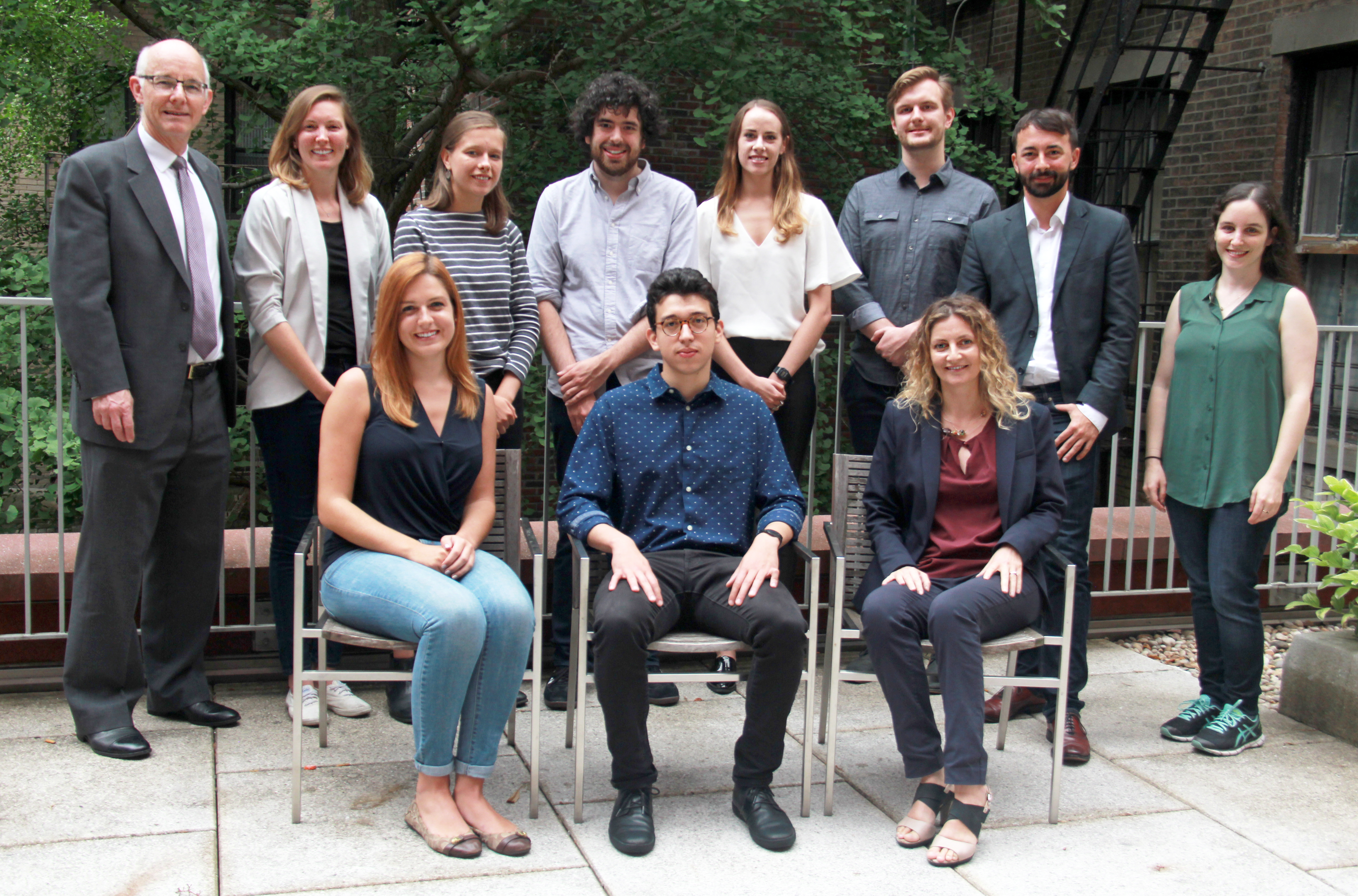 The Director of the Institute is Professor Benedict Kingsbury. Angelina Fisher serves as Program Director. Thomas Streinz is an Institute Fellow. Rachel Jones is the IILJ’s Administrator.

Connections with Other Institutes at NYU Law

The Institute is involved in the work of the American Society of International Law (ASIL) of which José E. Alvarez is a former president. The International Society of Public Law (ICON-S) emerged from an initiative from the Editorial Board of ICON, the International Journal of Constitutional Law. Its executive committee is co-chaired by Gráinne de Búrca, and Joseph H.H. Weiler is a member. The foundational members of the Society’s Council include Benedict Kingsbury, Mattias Kumm, and Richard B. Stewart.

In addition to general support from the Law School, the work of the IILJ has enjoyed support from a number of large philanthropic and government foundations. The ongoing project on international legal orders and their histories, currently with a focus on megaregional economic orders (MegaReg) is supported by the NYU’s Global Institute for Advanced Study (GIAS) and the United Nations University. The Indicators project received funding from the Carnegie Corporation of New York and the National Science Foundation (NSF). The Carnegie Corporation of New York, along with the Gates Foundation and the International Development Research Centre, have also supported various initiatives in the path-breaking Global Administrative Law (GAL) project. TheFford Foundation and Sloan Foundation have supported the IILJ-GGLT work on Open Source Software Infrastructuring.

The Joyce Lowinson IILJ Scholars program benefits from the generous endowment given by Joyce Lowinson in honor of the late NYU Murry and Ida Becker Professor of International Law Thomas M. Franck.

If you are interested in supporting the IILJ’s research, please use this form and specify the “Institute for International Law and Justice (IILJ)” as designee of your donation.