Relations between Institutions in Global Governance 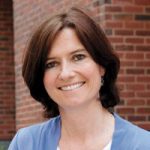