Monday, March 2
Alexandra Huneeus, University of Wisconsin, “Constitutional Lawyers and the Authority of the Inter-American Court”

Monday, April 6
Jia Bing Bing, Tsinghua Law School, “The Principle of the Domination of the Land over the Sea: A Historical Perspective on the Adaptability of the Law of the Sea to New Challenges?”

Tuesday, April 21
Joost Pauwelyn, Graduate Institute Geneva, “WTO Panelists are from Mars, ICSID Arbitrators from Venus: Why? And Does it Matter?” 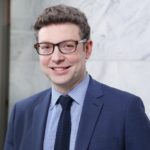