Monday, January 8
Philip Alston, NYU School of Law, “Introduction to the Colloquium and Overview of Issues Relating to Compliance”

Monday, January 22
Gerald Neuman, Harvard Law School, “The Inter-American Court of Human Rights: So Far From Heaven, So Near to the OAS”

Monday, February 12
Ryan Goodman, NYU School of Law, “The Interface between Domestic and International Law: the Process of Socialization”

Tuesday, February 20
Martti Koskenniemi, The Academy of Finland, “Human Rights ‘Mainstreaming’: A Response to Fragmentation or Human Rights Imperialism by Another Name?”

Monday, April 2
Kathryn Sikkink, University of Minnesota, “An Empirical Study of the Impact of Human Rights Trials on Respect for Human Rights, Democracy and the Rule of Law” 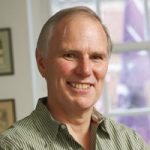 Philip Alston is John Norton Pomeroy Professor of Law at NYU School of Law and Director of the Center for Human Rights and Global Justice (CHRGJ).