The Social Dimensions of Global Markets

The colloquium explored socio-political dimensions of the legal regimes which undergird global and regional transnational markets, both in developing and developed societies. Exploring the “discontents” of globalization is not exactly virgin territory. We are, however, interested in individuating, or at least focusing more strictly on, the relationship between the legal and the socio/political. We are also advisedly using the term socio-political “dimensions” rather than, say, socio-political “pathologies” or “dislocations,” because of our belief that the relationship and impact of the legal regimes is normatively differentiated and at times even contradictory.

2 February
Professor Anthony Anghie, University of Utah School of Law: International Institutions and the Colonial Origins of Law and Development

16 February
Professor Michael Trebilcock, Faculty of Law, University of Toronto: The Law and Economics of Immigration Policy plus Critiquing the Critics of Economic Globalization

23 February
Professor Donald Regan, University of Michigan Law School: What Are Trade Agreements For? And Why It Matters To What They Mean

9 March
Professor Kerry Rittich, Faculty of Law, University of Toronto: The Future of Law and Development: Second Generation Reforms and the Incorporation of the ‘Social’

30 March
Professor Jacqueline Peel, Faculty of Law, University of Melbourne: GMO Trade Wars- The Submissions in the US-EC Biotech Dispute in the WTO

13 April
Professor Ruth Okediji, University of Minnesota Law School: What International Relations Might Teach Us About the Globalization of Intellectual Property Rights 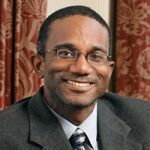