Infrastructures—whether physical, informational, digital—can have regulatory-type effects. These include requiring, preventing, channeling, enabling, and nudging particular human and social behavior. Infrastructures also help to shape second-order regulatory-type actions and structures. When stable, these infrastructures exert substantial power in social ordering. They interact or compete with law. In these ways, infrastructures have major effects on social relations, identities, roles, capabilities, and possibilities. We label these phenomena collectively by the moniker “Infrastructures as Regulation” (InfraReg).

In our project we focus on regulatory effects of transnationally-connected infrastructures on social orders— e.g. effects on social relations, status, classes and class formation, social mobility, social time, and capabilities—and the interactions between social order and political, economic, and other infrastructure-based orders.

When we speak of infrastructures, we mean

Distributional dimensions of infrastructures go beyond questions of access. In social orders, infrastructures also regulate through displacement. For example, a highway may displace a town, a train track may displace buses along the same route, and supermarkets may displace street vendors. While grounded in globalization, these displacement effects are often local—infrastructures thus become transmission belts from the global to the local, where they regulate people’s lives, and affect their relative and total income, power, capabilities, and life-possibilities.

Social movements, indigenous peoples, civil society organizations, and others frequently confront, contest, and seek to influence the regulatory power of infrastructures and they stand as symbols for the wider social order. In response, governments develop safety valves with the goal of easing particular concerns and protecting the system from wholesale contestation. International financial institutions like the World Bank and the IMF have established transparency and civil society engagement policies and opportunities for challenging projects in which they are involved, but these are more likely to influence how the projects will be carried out rather than which projects will be carried out.  Infrastructures-as-regulation, however, influence more than simply the rational calculations of individuals and societies. They become important means of structuring narratives of globalization and framing peoples’ imagination about their temporal and spatial place in existing and future orders and orderings. Where infrastructures create or solidify orders, the mechanisms by which they do so may blend interest-based incentives with ideas or narratives that help conjure a potent “imaginary”. Analyzing the narratives around infrastructures can thus yield important insights into the assumptions about the world of those creating and reacting to them and how infrastructures are placed in existing and given new social and political meaning.

Infrastructures of and for globalization are not governed by a comprehensive legal framework. Global commitments to the liberalization of trade in goods and services in bilateral, regional, and “megaregional” free trade agreements and the WTO regulate economic flows, but only to a very limited extent do they regulate the underlying facilitating physical, informational, and digital infrastructures. Rather, different legal and institutional technologies are being used for the funding, ownership, operation, and interaction of these infrastructures. Understanding these mechanisms—often private and public-private—is critical to analysis of infrastructures-as-regulation, because infrastructures’ social-ordering power is enabled, steered, shaped, and limited by them. To more fully identify, understand, and explain instances of infrastructure-as-regulation, the role of legal technologies needs to be integrated into the study of infrastructures. We initially focus on four clusters of legal technologies, practices, and institutions: contracting and property; business-incorporation, investment and finance; public regulation; and dispute resolution and remedies but this list is by no means exhaustive. 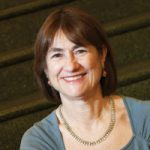 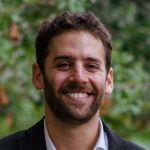 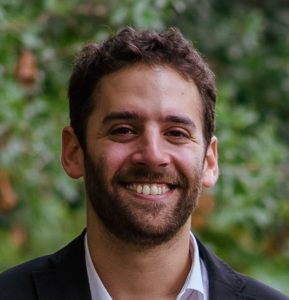