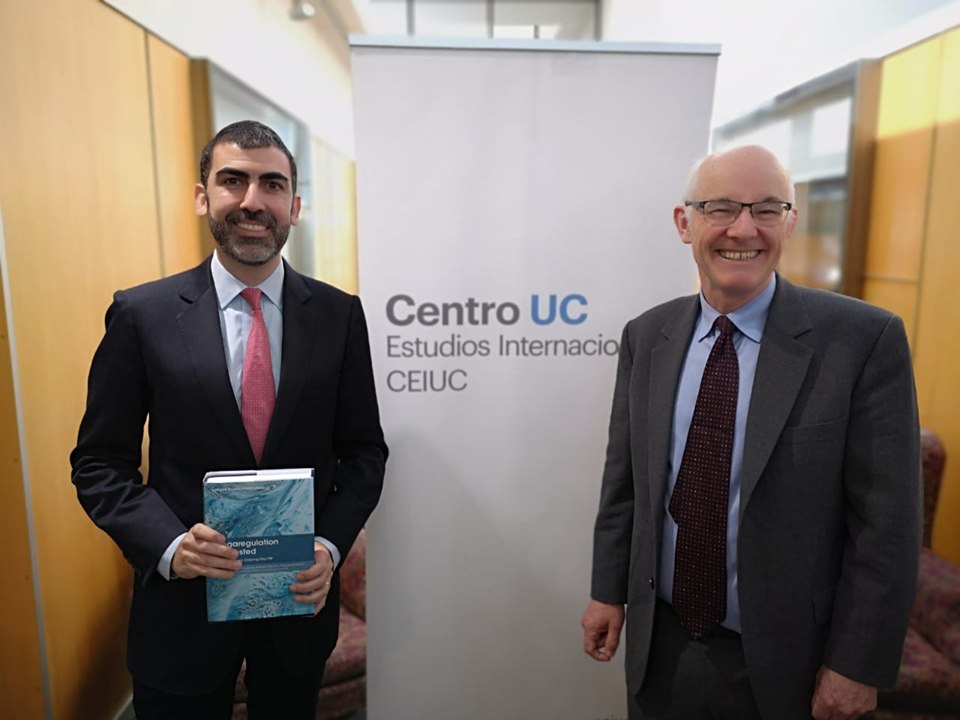 Our faculty director, Benedict Kingsbury, situated TPP in a history of megaregional ordering projects, and presented key ideas on the Trans-Pacific Partnership and its essence, significance, and problems.  Comments were offered by the Chair of the Chilean Senate Foreign Affairs Committee, which is currently holding hearings on whether Chile should ratify TPP or not, and by numerous Chilean academics, government officials, and representatives from the private sector and civil society groups. With Chile in the midst of passionate debates about whether TPP is a vital national interest or a pernicious overreach of globalization, it was a lively and spirited discussion!

The Brexit Deal: A Less Perfect Union or a More Flexible Compact? Assessing the Draft EU-UK Trade and Cooperation Agreement