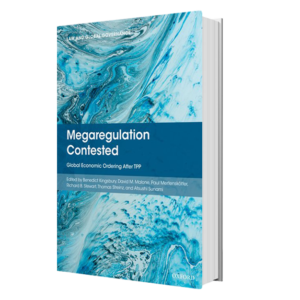 The Japan-led Trans-Pacific Partnership (CPTPP) of 2018 is the most far-reaching ‘megaregional’ economic agreement in force, with several major countries beyond its eleven negotiating countries also interested. Still bearing the stamp of the original US involvement before the Trump-era reversal, TPP is the first instance of ‘megaregulation’: a demanding combination of inter-state economic ordering and national regulatory governance on a highly ambitious substantive and trans-regional scale. Its text and ambition have influenced other negotiations ranging from the Japan-EU Agreement (JEEPA) and the US-Mexico-Canada Agreement (USMCA) to the projected Pan-Asian Regional Comprehensive Economic Partnership (RCEP).

This book provides an extensive analysis of TPP as a megaregulatory project for channelling and managing new pressures of globalization, and of core critical arguments made against economic megaregulation from standpoints of development, inequality, labour rights, environmental interests, corporate capture, and elite governance. Specialized chapters cover supply chains, digital economy, trade facilitation, intellectual property, currency levels, competition and state-owned enterprises, government procurement, investment, prescriptions for national regulation, and the TPP institutions. Country studies include detailed analyses of TPP-related politics and approaches in Japan, Mexico, Brazil, China, India, Indonesia, and Thailand. Contributors include leading practitioners and scholars in law, economics, and political science. At a time when the WTO and other global-scale institutions are struggling with economic nationalism and geopolitics, and bilateral and regional agreements are pressed by public disagreement and incompatibility with digital and capital and value chain flows, the megaregional ambition of TPP is increasingly important as a precedent requiring the close scrutiny this book presents.

Chapter 3: The Uncertain Geostrategic Outlook for the US in Asia: The Pivot, the Rebalance, TPP, and Now What? David Malone

Chapter 7: The Lessons of TPP and the Future of Labor Chapters in Trade Agreements Alvaro Santos

Chapter 10: In a World of Value Chains: What Space for Regulatory Coherence and Cooperation in Trade Agreements?, Bernard Hoekman and Charles Sabel

Chapter 12: TPP’s Business Asymmetries: Megaregulation and the Conditions of Competition between MNCs and SMEs, Dan Ciuriak

Chapter 13: Sales, Sourcing, or Regulation? Evidence from TPP on What Drives US Corporate Support for Trade, Iain Osgood

Part IV Megaregulation, the Regulatory State, and the Market

Chapter 23: The Institutional Governance of Global Trade and Regulation: Back to the Future?, Robert Howse

Chapter 28: Mexican Politics of Global Trade and Law in Times of Trump: After TPP is Before TPP, Alejandro Rodiles 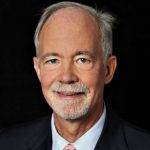 UN Under-Secretary General, Rector of the United Nations University and a Senior Fellow of the Institute for International Law and Justice