Read PDFRead PDF
Faced with the urgent and grave threat of WMD terrorism, the international community has responded with a new approach of international legislation by adopting Security Council Resolution 1540. The traditional approach of multilateral treaties on WMD has primarily been aimed at the prevention of proliferation of such weapons to States. Another traditional approach of utilizing anti-terrorism treaties has been a sort of patchwork, and thus provides no guarantee that a new treaty is made in a timely manner in response to a newly emerging type of terrorism. By contrast, the new approach of international legislation through Council resolutions makes it possible to enact rules that legally bind all UN members immediately and automatically without exception and are equivalent to those in a treaty instantly ratified by all UN members. Indeed, a new thinking is necessary to effectively respond to a new, urgent and grave threat to the international community. In that sense, Resolution 1540 is welcome. This does not, however, mean that everything is allowed if it is effective to deal with the present or imminent threat. Not only from the viewpoint of legitimacy, which guarantees the long-standing effectiveness, but also from that of the rule of law in the international community, it seems of fundamental importance to establish some kind of understandings that we discuss in this Paper, if international legislation by the Security Council is destined to become inevitable in the future and is to be better implemented. 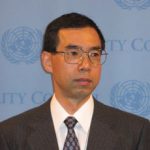