This contribution seeks to place theories about international law within the framework of their fundamental conceptual preconditions, within their “paradigms”. This should provide a better understanding of, and a more critical perspective on, the diverse and contrasting positions within international legal scholarship. We trace the impressive variety of visions of international law back to two competing paradigms: particularism and universalism. Particularism – from antiquity to structural neo-realism and neo-conservative thought – forms the basis of all theories of international law which assert that true public order is only possible within a homogeneous community. Accordingly, international law can at best provide some containment of disorder. In contrast, universalism – formulated in the stoic-rationalistic and Christian tradition and well alive in authors such as Tomuschat and Habermas – underlies all positions which assert that truly public order is in principle possible on a global scale. Granted, some authors, particularly post- modern ones, try to move beyond the two paradigms. They are not part of the focus of this paper, as the two remain to date powerful conceptual tools providing orientation for many international lawyers.
The first chapter is dedicated to the role of theory for international legal scholarship (I.). The second chapter turns to the debate on the legitimacy of today’s international law given its deep encroachments on political self-determination; it develops the two paradigms in this specific context (II). The third chapter presents in more detail the paradigm of particularism (III), the forth chapter that of universalism (IV). In conclusion, we suggest how these paradigms inform concrete interpretations, take a position in favor of universalism, but also indicate how legal scholarship can overcome theoretical divisions (V). 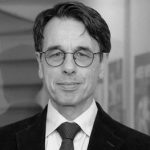 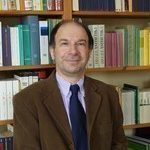