Read PDFRead PDF
In previous work, we questioned whether the jurisprudence that has developed with regard to the GATT’s trade provisions should apply equally to intellectual property, noting that differences between trade and intellectual property policy mandated different approaches. Here we reiterate that position, but make something of a converse argument as well: there are commonalities between the problems that nations experience in executing their trade commitments and their intellectual property commitments. Thus, it is significant that in its early years, the GATT incorporated strategies that created flexibility and permitted nations to deal autonomously with matters of domestic trade; we argue that similar mechanisms are required in TRIPs jurisprudence, especially in the Agreement’s formative stage.

We also focus on the effect that TRIPs, as currently understood, has on domestic lawmaking. If WTO panel decisions intrude more into national law, might lawmakers begin to enact legislation in reliance on international invalidation of whole or parts of the enactment? Should formulation of domestic policy take this into account? Further, would the formalistic approach that has been taken to TRIPs jurisprudence benefit domestic lawmaking by reducing the effect of lobbying? Or would it simply induce more nuanced log-rolling, or the enactment of laws aimed at influencing intellectual property production but under a different legislative rubric (such as food and drug regulation or consumer law)? Indeed, answers to these questions might affect not only lawmaking at the national level but, in turn, the form of WTO dispute settlement. We go so far as to suggest that there may be a role for the (much-feared) nonviolation complaints in navigating these complexities. 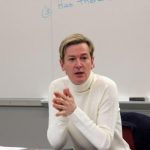 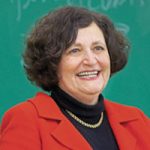