This paper presents an analytical pathological appraisal of elite thinking and mobilization in Mexico after the Trump administration withdrew from TPP and forced Mexico to engage in NAFTA renegotiations. It examines the strategies developed by political and economic elites in response to the threat of trade war coming from Mexico’s most important trade partner. This analysis shows that, although Mexican elites have developed sophisticated heuristics in order to confront the immediate challenge from the government in Washington DC, they are not engaging in what should be a very important debate about Mexico’s role in the reconfigurations of global trade and order. This is a missed opportunity for Mexico which could affect its role in the ongoing reconfigurations of global trade and law, and thus its future stature in world politics. 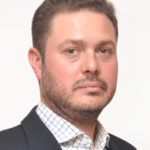