Read PDFRead PDF
Among the central challenges of international legal order today is that which is typically referred to as “fragmentation”-the co-existence of multiple regimes and fora, whose legal subjects and objects partly converge and often diverge, where fora and norms can overlap and possibly collide in a single dispute. This paper is concerned with one particular dimension of “fragmentation” of norms – its challenges for treaty interpretation. What role should norms drawn from other international instruments and regimes have in the interpretation of a treaty where the dispute in question implicates interests and constituencies represented in both regimes? One of the most contentious and complex expressions of “fragmentation” has been the trade and environment debate, including the relationship of World Trade Organization law (WTO law) to international environmental law. The paper explores the diverse ways in which the WTO Appellate Body has used international law for interpretation of WTO rules in trade/environment disputes and the broader implications of its practice-for the legitimacy of the WTO, the normative effects of international environmental law, and the role of interpretation in the way in which the challenge of fragmentation is conceptualized and addressed. The Vienna Convention on the Law of Treaties (VCLT) requires that a treaty interpreter consider “any relevant rules of international law applicable in the relations between the parties.”(Article 31(3)(c)) However, the WTO Appellate Body developed its practice of using non-WTO international legal norms in trade/environment disputes without explicitly invoking 31(3)(c).

As the paper will attempt to show, broader systemic coherence and legitimacy considerations informed the AB’s approach. The September 2006 ruling by a WTO panel of first instance in the EC-Biotech dispute deviates significantly from the AB’s approach, seeking to confine the consideration of non-WTO international legal norms to those that bind all Members of the WTO. In the case of a multilateral agreement such as the WTO with a very large membership (unlikely to overlap completely with other multilateral treaty regimes) the effect of the panel’s approach would be to reduce considerably the universe of norms that could be used as context to interpret a treaty. Examining the treatment of Vienna Convention 31(3)(c) by the International Court of Justice in the Oil Platforms case and in the Report of the Study Group of the International Law Commission (ILC) on Fragmentation, the paper argues that the broader approach of the WTO Appellate Body is better suited both to the demands of contemporary international legal order in general and to adjudicative legitimacy in the WTO. 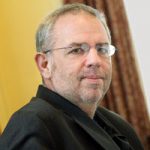