Read PDFRead PDF
In this paper, I argue that that one can make a good case for the continuing immaturity of international law in the failure of international organizations to provide the controls of the rule of law which are the mark of a mature legal order. These controls are anchored in the values of fairness which in common law legal orders have been developed by judges in the cause of showing how public administration can be subject to the rule of law. The failure to put in the place the controls is then the way in which this kind of immaturity is self-incurred. But, as I will also argue, how one conceives fairness depends fundamentally on one’s answer to the question, “What is law?” It follows that the question which international lawyers hoped had been settled — “Is international law, law?” — reemerges within international law, perhaps because of the very maturity which it has achieved. Indeed, I will claim that the necessity of this question, the fact that it will reemerge whether one is confronting the phenomenon of international law or law in general, shows that any distinction between the legitimacy and the justice of international law cannot be firmly drawn. 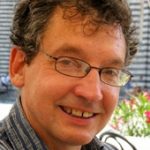 Professor of Law and Philosophy at the University of Toronto; Fellow of the Royal Society of Canada