This paper explores the role that particular conceptions of the past play in the ongoing legal debate about the relevance of imperialism for modern international law. As it will seek to show, that is not the same thing as exploring the role that history plays in that debate. Although international lawyers and historians at times look to the same texts from the past, the way the two disciplines approach such texts is traditionally quite different. Law and history stand on opposite sides of a centuries-old dividing line between present obligations and archaic traditions. The self-imposed task of today’s contextualist historians is to think about concepts in their proper time and place – the task of international lawyers is to think about how concepts move across time and space. For lawyers, in other words, the past may be a source of present obligations. Similarly, legal concepts and practices that were developed in the age of formal empire may continue to shape international law in the post-colonial era. In order to illustrate the methodological divisions that inform debates about the relevance of past texts to present law and politics, this paper focuses in particular on critical responses to the scholarship of Antony Anghie. Anghie is a critical legal scholar associated with the Third World Approaches to International Law (TWAIL) movement, who has made a significant contribution to rethinking the relationship between history, international law, and empire through studying the modern influence of authors such as Vitoria. This paper seeks to show that in order to understand Anghie’s scholarship (and that of TWAIL scholars more generally), it is necessary to see it as an intervention that challenges the place of the past and the work of history in international legal arguments. The paper concludes, in other words, that TWAIL scholarship can only be understood “in context”. Questioning the extent to which decolonisation has fully taken place remains a critical intervention in contemporary global politics. 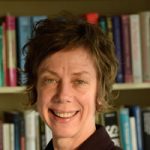