Read PDFRead PDF
This paper traces the connections between routine legal conflicts in colonial enclaves and shifting ideas about quasi-sovereignty in international legal circles, with particular attention to representations of hill regions as sites of “archaic law” and to the legal politics of Indian princely states. Definitions of quasi-sovereignty were deeply influenced by colonial legal conflicts, as Maine, Westlake, and others drew directly on material compiled by British colonial legal administrators. These officials were responding to protracted jurisdictional conflicts with Indian elites and were especially concerned about the uncertain legal status of remote hill regions. The paper illustrates these processes by analyzing the Baroda crisis of the 1870s, in which colonial officials ultimately abandoned attempts to systematize legal policy, while also insisting that the suspension or partial application of law in certain territories was a routine product of imperial legal authority. In the same decades that international lawyers were emphasizing territorial sovereignty as a property of all states in the international order, they were forced to recognize that imperial sovereignty implied a highly variegated legal geography. 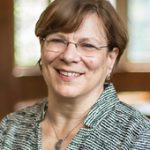 Dean of the College of Arts and Science, Vanderbilt University