Read PDFRead PDF
The decades following the end of the Cold War have witnessed the growing proliferation of international regulatory institutions with overlapping jurisdictions and ambiguous boundaries. Practicing jurists have expressed concern about the effects of this increased fragmentation of international law, but for the most part international legal theorists have tended to dismiss such concerns as unwarranted. Indeed, many regard the resulting competition for influence among institutions as a generative, market-like pluralism that has produced more progress toward integration and democratization than could ever have been achieved through more formal means.

In this Essay we argue that the problem of fragmentation is more serious than it is commonly assumed to be and also more resistant to reform by the various decentralized mechanisms that operate in international law such as governmental networks. Fragmentation’s resistance to reform stems from the fact that it is only partly the accidental byproduct of broad social forces such as globalization. It also represents an ongoing effort on the part of powerful states to preserve their dominance in an era in which hierarchy is increasingly viewed as illegitimate, and to reduce their accountability both domestically and internationally. Fragmentation accomplishes this in three ways. First, by creating institutions along narrow functionalist lines and restricting the scope of multilateral agreements, it limits the opportunities that weaker actors have to build the cross-issue coalitions that are necessary to increase their bargaining power and influence.
Second, the ambiguous boundaries and overlapping authority created by fragmentation dramatically increase the transaction costs that international legal bodies must incur in trying to reintegrate or rationalize the resulting legal order. Third, by suggesting the absence of design and obscuring the role of intentionality, fragmentation frees powerful states from having to assume responsibility for the shortcomings of a global legal system that they themselves have played a preponderant role in creating. The result is a regulatory order that both reflects powerful state interests and that only they can alter. 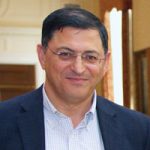 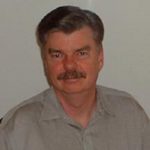 Professor of Politics at NYU (deceased)