Twenty years ago I published a scholarly article that introduced the concept of embedded liberalism. It told the story of how the capitalist countries learned to reconcile the efficiency of markets with the values of social community that markets themselves require in order to survive and thrive. That lesson did not come to them easily. In the Victorian era, policy concern with the level of domestic employment and price stability was subordinated to maintaining the external value of currencies and, less consistently, to the strictures of free trade. But the growing democratization of national political life made that posture increasingly unsustainable, and the first so-called golden age of globalization unraveled. In the period between the two world wars the opposite was true: the unfettered quest for national policy autonomy – pushed by the political left, right and center alike – steadily undermined and ultimately destroyed an already fragile international economic order. When a workable balance finally was struck it took on somewhat different forms in different countries, reflecting national political realities: in the US, the New Deal or Keynesian state, and in Europe social democracy or the social market economy. But the underlying idea was the same: a grand social bargain whereby all sectors of society agreed to open markets, which in some cases had become heavily administered if not autarchic in the 1930s, but also to contain and share the social adjustment costs that open markets inevitably produce. That was the essence of the embedded liberalism compromise: economic liberalization was embedded in social community. 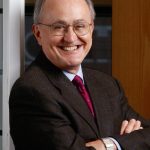