Read PDFRead PDF
In 1989, the U.S. imposed an embargo on the importation of shrimp from countries that used fishing methods harmful to marine turtles. The shrimp were not a protected endangered species, but the marine turtles were. The embargo was thus motivated by the rightful concern to protect an animal species from extinction.
Holding this embargo to be a violation of Article XI of the 1994 GATT (providing for the general elimination of quantitative restrictions on trade), India, Pakistan, Malaysia and Thailand commenced proceedings on the basis of the Dispute Settlement Understanding (DSU) of the World Trade Organization (WTO).
In deciding United States – Import prohibition of certain shrimp products, the WTO Appellate Body concluded that Section 609 of Public Law 101-1622 “[…] has been applied by the United States in a manner which constitutes arbitrary and unjustifiable discrimination between Members of the WTO, contrary to the requirements of the chapeau of Article XX […]. According to the Appellate Body, “[…] with respect to neither type of certification under Section 609(b) is there a transparent, predictable certification process that is followed by the competent United States government officials. The certification processes under Section 609 consist principally of administrative ex parte inquiry or verification by staff of the Office of Marine Conservation in the Department of State with staff of the United States National Marine Fisheries Service. With respect to both types of certification, there is no formal opportunity for an applicant country to be heard, or to respond to any arguments that may be made against it, in the course of the certification process before a decision to grant or to deny certification is made. Moreover, no formal written, reasoned decision, whether of acceptance or rejection, is rendered on applications for either type of certification, whether under Section 609(b) (2) (A) and (B) or under Section 609(b) (2) (C). Countries which are granted certification are included in a list of approved applications published in the Federal Register; however, they are not notified specifically. Countries whose applications are denied also do not receive notice of such denial (other than by omission from the list of approved applications) or of the reasons for the denial. No procedure for review of, or appeal from, a denial of an application is provided.” 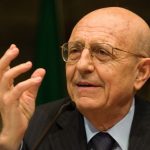