Read PDFRead PDF
This paper examines, from a global administrative law standpoint, the crafting and administration of the anti-doping regime by the non-governmental international sports governing bodies, grouped in the Olympic Movement. It explores the inroads made by public actors (governments and courts) in the Olympic Movement’s self-constructed monopoly on norms for the international sports community. Courts are playing an important role on the margin: while they rightly defer on substantive issues to the expertise and shared understanding of the sport governing bodies (‘lex sportiva’), they are willing to interfere when the latter’s decisions run counter to fundamental human rights and classic administrative law protections of due process. This has pressed private bodies such as the Olympic Movement to introduce new governance structures (especially the independent Court of Arbitration for Sport), mirroring those found in more strictly public international administration. There has also been a remarkable outreach to national governments, leading to hybrid public-private bodies such as the World Anti-Doping Agency. This interaction appears to be yielding satisfactory results so far. 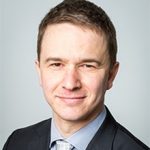