This essay seeks to help human rights advocates see what they may not have seen before. It focuses on the new UN Declaration on the Rights of Peasants drawing on insights offered by the commodity-form theory of (international) law developed by the Soviet jurist Evgeny Pashukanis. It is through this lens, and the contending views of nihilists and pragmatists, both adherents of Pashukanis, that an analysis of the contradiction inherent in what is at times a radical normative project in developing international human rights law is presented. The debate between nihilists and pragmatists – one that turns on whether to reject or strategically deploy international human rights law given international law’s capitalist background structure – serves to point up the paradox that has ostensible human rights successes perpetuate the suffering they aim to confront. Distinguishing three approaches taken in the elaboration of the Peasants’ Declaration by its economic justice advocates exposes this problem in stark terms. The concluding section offers what appears to be the only solution to the conundrum that shows our most important human rights gains also to be our losses. 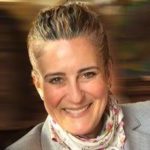