This paper describes three modes of pluralist global governance. Mode One refers to the creation and proliferation of comprehensive, integrated international regimes on a variety of issues. Mode Two describes the emergence of diverse forms and sites of cross-national decision making by multiple actors, public and private as well as local, regional and global, forming governance networks and “regime complexes,” including the orchestration of new forms of authority by international actors and organizations. Mode Three, which is the main focus of the paper, describes the gradual institutionalization of practices involving continual updating and revision, open participation, an agreed understanding of goals and practices, and monitoring, including peer review. We call this third mode Global Experimentalist Governance. Experimentalist Governance arises in situations of complex interdependence and pervasive uncertainty about causal relationships. Its practice is illustrated in the paper by three examples: the arrangements devised to protect dolphins from being killed by tuna fishing practices; the UN Convention on the Rights of Persons with Disabilities; and the Montreal Protocol on the Ozone Layer. Experimentalist Governance tends to appear on issues for which governments cannot formulate and enforce comprehensive sets of rules, but which do not involve fundamental disagreements or high politics, and in which civil society is active. The paper shows that instances of Experimentalist Governance are already evident in various global arenas and issue areas, and argues that their significance seems likely to grow. 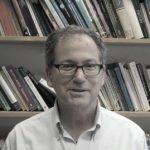