The agenda to link labor standards to trade agreements, in the hopes of improving working conditions in developing countries and preventing unfair labor competition for workers in rich countries, reached its culmination in TPP. Beginning with NAFTA and over a span of twenty-five years, labor standards became fully included in trade agreements and their violation subject to trade sanctions as means of enforcement. Thus, proponents of TPP offered it as the “gold standard” of globalization. This chapter argues that the debate about TPP, and the US labor movement’s opposition to it, made clear that this was not a story of success but of disenchantment. Unions in the US criticized TPP’s labor chapter for not going far enough, substantially and procedurally. But they also turned the focus to other chapters of TPP that may be just as or more important to workers in the US than the labor chapter: investment, rules of origin, procurement and currency manipulation. These areas have become the new frontier for labor advocates in trade agreements and they highlight the need to rebalance the treatment of capital and labor.

The chapter argues that a significant, though overlooked achievement of TPP, was to encourage several TPP parties to enact domestic labor reforms using labor side agreements and US pressure. More than any ideal labor chapter, it was these domestic reforms that held the most promise for improving working conditions in Vietnam and Mexico. The US withdrawal of TPP has set those reforms back. Opposition to TPP has also made clear that the expected losses from trade in the form of job loss and wage decline will not be made palatable in the absence of effective safety nets and compensatory mechanisms at the domestic level. In fact, international trade reputation will continue to suffer and opposition to it harden without them. To the extent that the debate about TPP was a referendum about liberal globalization as we know it, opposition to TPP in the US has given a resounding no. A pressing question is whether there is an alternative to the nationalist retrenchment embraced by the Trump administration. The revival of TPP without the US, unfortunately, does not seem to chart a different path. 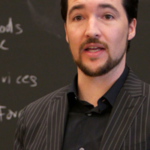