Read PDFRead PDF
In the late 17th century, “new” actors were forcefully knocking on the door of the “old” European political order determined to get in. Almost half a century after the Westphalian Peace of 1648, which is so often presented as the instant starting point of the “modern” European order of absolutely sovereign states, the processes of change fuelled by the claims and activities of these “new” actors aimed at their participation in the political system were still unfolding. Rather than to characterise the situation as a stable status quo, it is fair to say that it was still a time of transition. On the one hand, the political structures of the Holy Roman Empire headed by the Emperor and Pope are still in place, although the signs of weakening are starting to show. On the other hand, new actors, i.e., the German princes who sought increased power and independence, wanted to be part of the European political order at the highest level. These circumstances put a strain on the political structures and challenged them to change. The reality of the changing structure of the European political order created the need for a theory that could make the accommodation of these new actors possible. Or, in even clearer terms, how to manage (imperial) political change without stimulating instability and injustice? 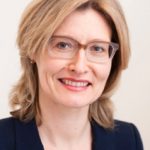