Read PDFRead PDF
Does it make sense, any longer, to study international law as a system of law? In both theory and practice, the impression of fragmentation and feebleness is eclipsing the traditional faith in the unity and efficacy of cosmopolitan benevolence. Repeatedly, state-interest has trumped the discipline of norms; international regimes do not form one coherent system, and behind their multiplicity seems to lurk disarray. This paper proposes to meet these arguments, by reintroducing to the discipline a set of ideas about the foundations of, and the properly modest aspirations in the analysis of, international law that are associated with Hans Kelsen. To the argument that the system of public international law (as envisaged by Kelsen) is now untenable, the paper replies that phenomena such as hegemony and persistent decentralisation are quite compatible with a system of public international law. To the argument that ideas associated with classical Kelsenian legal positivism have been eclipsed by more sophisticated sociological theorising, it will be replied that Kelsen’s insistence on the non-idealization of law remains a compelling answer. It will be shown that, contrary to their haughty pretensions, current sociological approaches are prey to their own unwarranted idealisation. One example is social systems theory, which seeks to expose the unity of the international system as a myth, and to convince us that enduring fragmentation is all there is. Another example is theories premised on rational choice atomism, such as the recent work of James Goldsmith and Eric Posner, which would have us believe that international law is merely the combined factual consequence of self-interested state conduct. But this sociology depends on a series of idealizations — it is a form of ideology. Insofar as this kind of sociology provides the misguided basis for arguments that public international law is in crisis, legal positivism—methodo Vindobonense—is the essential antidote. 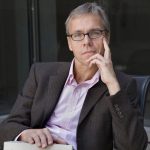