This essay surveys the criticisms directed at international investment agreements (IIAs) and their reliance on investor-State dispute settlement (ISDS) as well as the leading reform venues that have been addressing them: UNCTAD, ICSID, and UNCITRAL. It argues that despite these ambitious efforts, the international investment regime’s reliance on investor-State arbitration will not be wholly displaced by any of the alternatives under active discussion – from national courts to mediation to a Multilateral Investment Court.  In the long run, current reform efforts are likely to produce an ever more complex regime, governed by more diverse substantive rules interpreted by more complex options for dispute resolution. The focus on reforming the ways investor-State disputes are resolved  fails to respond to doubts about the need for IIAs, undermines aspirations to harmonize international investment law, and ignores dire needs for stimulating (and protecting) foreign capital flows to achieve the goals of the Sustainable Development Goals – from mitigating climate change to preventing the next pandemic. 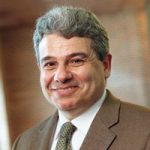