We seek to advance the timely debate about global governance and specifically about the potential for a global system of administrative law to ensure transparency as well as access and accountability for those affected by the new inter- and transnational rule- and decision-makers. To do so, we present a positive political analysis of regulatory governance by private actors—largely neglected by social scientists but increasingly important in the international political economy. We develop a modified principal agent model to understand why governance is delegated to private rather than public agents in the first place and how such agents may be expected to differ from public ones in how they operate. Here, we emphasize the macro-political climate in which the delegation of regulatory authority to private agents takes place, which, we suggest, is a key reason for the adoption of administrative law procedures by private agents. We focus empirically on global governance in accounting, which as of 2001 is the task of the International Accounting Standards Board, IASB. This private agent is modelled after the national accounting standards setter of the United States, the Financial Accounting Standards Board (FASB). Because FASB is the blueprint for IASB and plays a prominent role in global governance in accounting, we provide an empirical analysis of this domestic institution before pondering the trends and likely challenges at the global level. 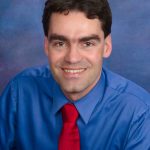 Associate Professor of Political Science and Public Policy at Duke University, Senior Fellow of the Duke Rethinking Regulation Project at the Kenan Institute for Ethics