There is more than a coincidental resemblance between Samuel Pufendorf’s 1667 description of the Holy Roman Empire’s constitution as a ‘monster’ and enduring views of the international order as an ‘anarchical society’. Pufendorf provided a sociological grounding for a public law conception of the relations between separate states that was based on the natural human inclinations of self-love and sociability, and brought into this conception some elements of the traditions of the reason of state. This view was integrated into parts of the public law theory of the German states by writers such as Pütter and Moser, and was brought to bear on European public law by G.F. Martens (1756-1821), the most significant representative of the ‘internationalist’ branch of German public law at the time.
Martens assembled and classified European treaty practice and customary usages, and outlined principles of comparative public law, from which he then derived principles of (European) international law in his main treatises. Although focused on positive law, Martens argued the relevance of his approach in part on (Pufendorfian) natural law, in part on a progressivist teleology associated with Kant. Martens’ integration of these various theoretical perspectives, combined with his commitment to an industriously practice-oriented and somewhat conservative public law tradition, provided a robust alternative to French revolutionary approaches to international order. The adoption of the views articulated by Martens by the legitimist counter- revolutionary monarchies after 1815 illustrates the political ambivalence of a naturalism that resigns to legitimating present power as the appropriate in a preconceived trajectory of historical progress. 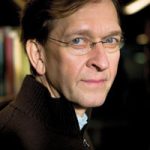