Read PDFRead PDF
This essay describes three mechanisms by which intense religious and ideological disagreements might be resolved. The mechanisms are the national legislature, the subnational legislature, and the private decision-maker. Madison’s Federalist #10 famously defends the first national legislative solution, while J.S. Mill’s On Liberty famously defends the mechanism of private decision-making. This essay suggests that both of these defenses are arguably “liberal” in that they defend the decision-making mechanisms in procedural terms, without defining the correct outcomes of intense disagreements. The essay further suggests that devolution of decision- making authority to subnational governments constitutes a third liberal solution to the problem of intense disagreement. It terms this solution “Westphalian liberalism,” referencing the Peace of Westphalia in which this mechanism was used to end the Thirty Years War. Recognizing the liberal aspirations of such a doctrine helps one understand its strengths and weaknesses as a rival to the Millian and Madisonian versions of liberalism that so dominate constitutional debate today. 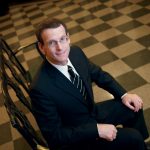