This paper deals with the function, scope and effect of umbrella clauses in international investment treaties. It proposes to analyze umbrella clauses not from the perspective of the traditional dualist framework that contrasts breaches of contracts and breaches of treaties, but develops the function of umbrella clauses against the background of an economic analysis of the relations between foreign investors and host States. The dualist approach, it is argued, fails to grasp the economic objective of investor-State cooperation to achieve cost-efficient bargains by attenuating the State’s capacity to make credible and enforceable commitments and thus increases the costs of contracting with a sovereign. Instead, this paper understands umbrella clauses as breaking with the dualist framework and its limited protection of contracts under customary international law. It argues that the function of the clauses consists in stabilizing investor-State relations by opening recourse to dispute settlement by arbitral tribunals for breaches of specific and individual promises made by the State vis-à-vis investors.

Umbrella clauses, in this view, allow investors to bring any claim for the breach of an investment-related promise made by the host State under the jurisdiction of a treaty-based tribunal. Umbrella clauses thereby enable “private ordering” in investor-State relations by preventing host States from acting opportunistically in reneging on their initial promises. It applies to host State breaches of a governmental nature as well as breaches of a purely commercial character that offset the original investor-State bargain. By enabling the enforcement of host State promises, umbrella clauses reinforce the principle of pacta sunt servanda as a fundamental basis for investor-State contracts. The clauses do not, however, address issues, which often arise in long-term investment relations, relating to contingencies nor do they override the State’s police power to regulate investor-State contracts in the public interest that is recognized under customary international law. 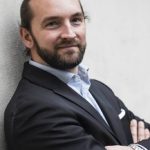 Professor of International and Economic Law and Governance at the Faculty of Law of the University of Amsterdam, also Editor-in-Chief of The Journal of World Investment & Trade