Transnational environmental governance institutions are facing an escalating legitimacy crisis that comes about in part due to the absence of mechanisms ensuring that decision- makers are democratically accountable to persons affected by their decisions. Most prominently, accountability concerns arise in a transboundary context where decisions made in one state have environmental impacts on persons outside that state whose interests are not democratically represented within the source state. Similar concerns arise in the context of international institutions where the decisions taken and principles developed are directed towards groups, such as indigenous groups or other minorities, whose interests are inadequately represented by the state at the international level. One promising line of inquiry that seeks to bridge this accountability gap concerns the adaptation of deliberative models of democratic governance to transnational contexts.

Deliberative models, which emphasize the role of mutual justification through reasoned dialogue as the basis for democratic legitimacy, are not tied to territorial boundaries or existing political structures to the extent that representative democratic models are. In this regard, deliberative democracy may better suit the blurred divisions between domestic/international and public/private settings that characterize transnational environmental issues. However, much of the scholarly work to date surrounding transnational deliberative democracy has been conceptual in nature, with little attention being given to existing mechanisms within governance structures that may promote deliberative processes at the transnational level.

As a means to analyze the strengths and limitations of deliberative democratic processes in the context of transnational environmental decision-making, this paper considers the ability of international commitments to conduct environmental impact assessments (EIAs) to foster public, reasoned and discursive interactions between actors in the transnational sphere. EIAs, as a mechanism to implement international environmental objectives, have been embraced by international policy-makers in a wide range of contexts, including transboundary pollution, biodiversity, climate change and marine pollution. While the central idea that animates the EIA process is that decisions affecting the environment should be made in light of a comprehensive understanding of their impacts, EIAs go beyond simply requiring the ex ante consideration of scientific issues by promoting an information rich and participatory environment for agency decision-making. Moreover, notwithstanding their evaluative mandate, EIA commitments do not impose substantive obligations to avoid environmental harm. Rather the process is self- regulatory and reflexive; requiring decision-makers to account for and respond to the views of affected persons, and justify their decisions in light of their adherence to both right process and prevailing substantive environmental norms. EIAs, in effect, require decision-makers to engage affected persons in a principled and justificatory dialogue and can therefore be viewed as a mechanism to enhance accountability through deliberative practices. 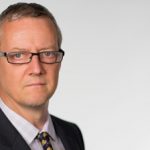