Read PDFRead PDF
On 19 May 1635, a French herald formally declared war upon Spain at Brussels, the capital of the Spanish Netherlands. The ensuing war lasted 24 years and changed the balance of power in Europe, opening the way for France’s bid for European hegemony under Louis XIV in the second half of the 17th century.

In this article, the official justifications for war advanced by the two great belligerent powers are analyzed. The paper uses the analysis of this material to establish contemporary understandings of what the law of nations said about the ius ad bellum (here meaning the body of law that regulates the right to wage war). This sheds some light on the justice or legality of the two belligerents’ positions in terms of the then existing ius ad bellum, although no attempt is made to reach a conclusion on this.

In their official declarations and justifications of war, the two belligerents each distinguished between the legality (under the positive law of nations) and the justice (under natural law) of the war. Each party provided succinct arguments under positive law against the disputed legality of their opponent’s actions. But their main emphasis was the justice of their own causes and war goals. These arguments centered on their own interpretations of classical just war doctrine. Whereas jurists and scholars in general tended to concentrate on just cause, the authors of the declarations and justifications of 1635 focused on the justice of their goals and the necessity of the war to attain these goals. Thus they did not offer judgments on the offensive or defensive character of the war at the military-operational level, but rather at the political-strategic level. This allowed both parties to characterize their resort to war as defensive. Each justified the war as being necessary to defend its position as a great power and to uphold the ordering of Christian Europe. Each thus identified the common interest of all princes and republics with either its own hegemonic position (in the case of Spain) or its supposedly rightful ambitions (in the case of France). 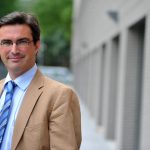