Read PDFRead PDF
This paper critiques the Global Administrative Law (GAL) initiative from a Third World perspective. The paper argues that, in the absence of a simultaneous critique and reform of substantive law, GAL has only limited potential to contribute to justice in the international system, and indeed may legitimize unjust laws and institutions. Existing international institutions are not, for the most part, being made more participatory and responsive to the concerns of developing countries and its peoples. Nevertheless, GAL may serve as a valuable instrument of change, much as administrative law has done through its use by social movements in some cases in India. This argument forms the basis for an analysis of the problems of increasing participation, transparency, and accountability in the Codex Alimentarius and in UNHCR refugee status determination. In situations of such unequal power, social movements and concerned NGOs must play key roles, and administrative mechanisms of information disclosure, participation, and review can facilitate this. Thus GAL can act as an instrument of resistance and change, but only in highly specific conditions, and only where GAL does not entail a complete separation between substantive and procedural/administrative rules. 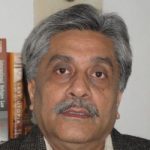