The paper presents an innovative institutional strategy for global climate protection, quite distinct from, but ultimately complementary to the stalled UNFCCC climate treaty negotiations. The building blocks strategy relies on a variety of smaller-scale transnational cooperative arrangements, involving not only states but sub-national jurisdictions, firms, and NGOs, to undertake activities whose primary goal is not climate mitigation but which will achieve greenhouse gas reductions as an inherent byproduct. This strategy avoids the inherent problems in securing an enforceable treaty to secure the global public good of climate protection by mobilizing other incentives — including economic self-interest, energy security, cleaner air, and furtherance of international development — to motivate such actors to cooperate on actions that will also benefit the climate. The paper outlines three specific models of regime formation (club, linkage and dominant actor models) which draws on economics, international relations, and organizational behavior to create transnational regimes that are generally self-enforcing and sustainable, avoiding the free rider and compliance problems that are endemic in a climate treaty. These regimes will contribute to global climate action not only by achieving emissions reductions in the short-term, but also by creating global webs of cooperation and trust, and by linking the building block regimes to the UNFCCC system through greenhouse gas monitoring and reporting systems. In these ways, the building blocks regimes will help secure eventual agreement on a global climate treaty. 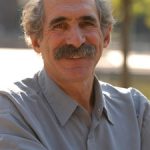 Climate Program Director at the Guarini Center on Environmental, Energy and Land Use Law and Adjunct Professor of Law at NYU School of Law