Read PDFRead PDF
The applicability of the ideal we call “the Rule of Law” (ROL) in international law (IL) is complicated by (1) the fact that there is no overarching world government from whom we need protection (of the sort that the ROL traditionally offers) and it is also complicated by (2) the fact that IL affects states, in the first instance, rather than individuals (for whose sake we usually insist on ROL requirements). The paper uses both these ideas as points of entry into a consideration of the applicability of the ROL in IL. It suggests that the “true” subjects of IL are really human individuals (billions of them) and it queries whether the protections that they need are really best secured by giving national sovereigns the benefit of ROL requirements in IL. For example, a national sovereign’s insistence that IL norms should not be enforced unless they are clear and determinate may mean that individuals have fewer protections against human rights violations. More radically, it may be appropriate to think of national sovereigns more as “officials” or “agencies” of the IL system than as its subjects. On this account, we should consider the analogous situation of officials and agencies in a municipal legal system: are officials and agencies in need of, or entitled to, the same ROL protections as private individuals? If not, then maybe it is inappropriate to think that sovereign states are entitled to the same ROL protections at the international level as individuals are entitled to at the municipal level. 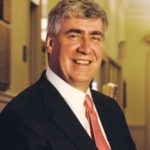