Within international institutions, the basis for democratic electoral practices — the idea that persons should have in some sense equal entitlements to be heard — is subverted both by the system of “sovereign” states and by myriad other power wielding organizations. Global institutions are a myriad of unevenly regulated processes of public choice, so democratic-style political accountability is difficult to achieve. Global institutions are thus forced to rely on juridical or legal accountability even in circumstances where a political model might be more attractive. Deliberation and critique within global civil society may help assure that policies are responsive to all legitimate interests. But the important role played within electoral democracies by arbitrary political accountability to the people, can not wholly be substituted for within global institutions by these legal and deliberative mechanisms. 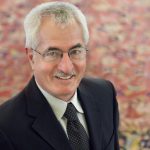