‘A young Antonio Gramsci fretted that ‘History teaches, but has no pupils.’ Today, the international, the transnational, the global, the imperial, and the colonial—and their laws and histories—have so many academic pupils that we struggle to survey the contemporary landscape. Everyone, it seems, is following Frederic Jameson’s late Marxist injunction, ‘Always historicize!’ Political theorists, international relations scholars, intellectual historians, global and international historians, legal historians (and self-described critical legal historians), literary studies scholars,  as well as those unable to claim to be anything except ‘international lawyers’ by professional (de)formation, all seem to be inquiring into the historical pasts of what we now call the international and its many law-connected objects and subjects’. 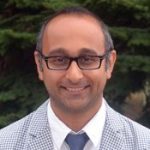