This edition takes into account a wide range of events in appraising the role of the United Nations in international relations including: the end of the Cold War, the collapse of the Soviet system in eastern Europe in 1989 and the ensuing demise of the Warsaw Pact, the Gulf War in 1990-1991, the end of the Soviet Union in 1991, the comprehensive or partial settlement of several regional conflicts, growing civil strife in several parts of the world, the rapid expansion of U.N. peacekeeping and election-monitoring activities, and the development of U.N. and other international activities for the protection of the environment. 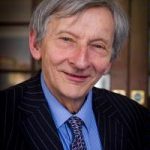