Read PDFRead PDF
Cooperation amongst regulatory authorities has been prevalent in the past two decades, in diverse areas such as finance, competition, and environmental issues. Despite the many benefits of such networking, a lot of the scholarly work on “transgovernmental regulatory networks” (“transnational” when in collaboration with private actors) (TRNs) has been concerned with their accountability deficits. TRNs have been said to lack transparency, and criticized for their “club–like” nature  dominated by the U.S. and Europe while affecting third countries, particularly developing countries, which do not adequately participate in their procedures. Moreover, it has been argued that affected nongovernmental actors are not sufficiently involved. A related charge against TRNs has been that they are networks of unconstrained technocrats, or “agencies on the loose”, the main concern being the lack of domestic political or legal control over the bureaucracy, and the shifting of decision-making away from accessible, accountable national governments to international bodies that are inaccessible to citizens. 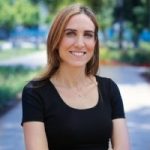 Research Fellow at the Centre for Trade and Economic Integration at the Graduate Institute of International and Development Studies in Geneva, and a Principal Member of the "Rethinking Stakeholder Participation in International Governance" Project