Read PDFRead PDF
Democratic theorists have long struggled with a central paradox of democracy: how to reconcile the foundational democratic principles of free expression, tolerance and political participation with the existence of anti-democratic ideologies that seek to use those principles to gain power. This paper looks at the problem through an under-studied lens: the regulation of political parties in post-conflict societies that are building democracy out of the ashes of civil war and/or authoritarian rule. In these societies, ethnic, religious and ideological conflict make political party regulation a delicate balancing act between the norm of democracy- promotion and the necessity of protecting a fragile government from anti-democratic forces. This paper examines the international law and comparative law of regulating anti-democratic political parties and extends the analysis to post-conflict scenarios, which present new challenges and obstacles. The argument is that application of the norms which guide international organizations in regulating the post-conflict political party’s rights of participation and expression requires a functional theory of the role political parties play in democracy; and that analysis of a party’s right to autonomy must necessarily distinguish between the types and functions of parties. The paper applies the functional theory to the case study of the Electoral Appeals Sub-commission in Bosnia, which regulated that country’s first post-conflict elections, and concludes by suggesting some principles for the administration of democracy in highly volatile environments. 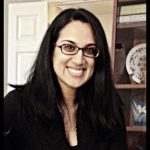