This paper discusses the maritime order in the Caribbean Sea. First it explains how Colombia from the late 1970’s to 1990’s created an order through several delimitation agreements with all the riparian states, except Nicaragua. This first order was built under the assumption that the San Andrés Archipelago was Colombian and that there was a delimitation agreement between Nicaragua and Colombia following the 82nd meridian west. This order was resisted by Nicaragua and contested its basic assumptions in a case before the ICJ. Although the Court confirmed the first Colombian assumption, it rejected the second. Thus the Court unsettled the order created by Colombia without creating a new one to replace it. The paper explores the relationship between this competing orders and the shortcomings of bilateral delimitation (either by agreement or judicial settlement) in a context of conflicting interests of multiple parties. In particular, the paper discusses the problems presented by the traditional understanding of the relative effect of the Court’s Judgments as established in article 59 of the Statute of the Court. Additionally, the paper explores possible solutions to this situation and the subsequent actions of the interested parties. Both Colombia and Nicaragua have insisted with their preferred strategies. The former relies on bilateral or multilateral negotiation, taking advantage of its relative size and power in the area, while the latter insists on judicial proceedings, considering its experience before the ICJ. Finally, the paper discusses the role of third parties, especially Costa Rica’s, in this dispute. 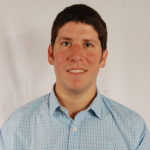