Based on U.S. government archives, this paper argues that the most significant change that happened in the international society in the aftermath of the Second World War, at least, for the American government, was the rise of the Soviet Union as a global ideological power challenging the American liberal peace and democratic project for the post-World War Two world. This encounter with the Soviet “Other” triggered a process of revision and redefinition of the U.S. attitude toward international law but also, how the American government would make and deploy international legal arguments and vocabulary in the rising world of the Cold War. Taking the diplomatic negotiations over the Geneva Conventions on the Laws of War of 1949 as an historical example, this paper analyzes how the Cold War and the ideological confrontation between the United States and the Soviet Union became the intellectual environment in which the U.S. government legal advisors reformulated international humanitarian law in the post-1945 world. In the end, American diplomats shaped and used international legal vocabulary – in the present case, the one offered by international humanitarian law – to objectify the deployment of a global ideological vision for the preservation of Western values against the Communist threat. 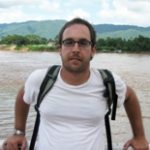