An early framing of “global administrative law” (GAL) provisionally “bracket[ed] the question of democracy” as too ambitious an ideal for global administration. To many, the bracketing of democracy has appeared analytically unpersuasive and normatively dubious. This essay is an initial attempt to open the brackets and bring GAL and democracy into conversation. It addresses two separate observations: first, that democracy currently lacks tools to respond to the globalization and diffusion of political authority; and secondly, that GAL is not presently democratic — it has no room for democratic concerns in its emerging norms. The juxtaposition of democracy and GAL yields insights for the way in which each might contribute to the reimagination of global governance.

Part I presents the idea of GAL and notes some of its contributions to international legal theory, in particular its applications to ideas of administration, law, and justification. Part II explores the way in which GAL’s focus on innumerable capillary-level sites of power may open promising terrain for the instantiation of democracy, and particularly deliberative democracy, beyond the state. Part III reverses the perspective, and considers how work on GAL can be enhanced by engaging with, and drawing ideas from, work on deliberative democracy. Part IV briefly notes the rising impact and future potential of democratic striving in the practice of institutional entrepreneurship and GAL lawyering. 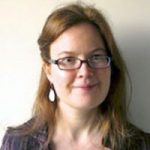