In the impressive body of literature accumulated during the past 15 years, cities and networks of cities are surprisingly absent; absent from the initial institutional ideal types developed by the School of Manhattan, but also absent from subsequent attempts to draw a comprehensive picture of GAL’s practice in the three editions of the GAL Casebooks. It could have been different. As pointed out by Helmut Philipp Aust:

“[GAL’s] stream of literature captures especially well the ‘in-between’ in which cities find themselves today: increasingly, they are addressed by the international legal system, yet they have not achieved a formal status as subject. Their practices may not constitute public international law properly so speaking, yet they are deemed to have legal relevance in various ways.”

In order to go beyond the perhaps deceptive finding that things could have gone another way,  this chapter adopts a counterfactual perspective when analyzing examples of regulation by cities and networks of cities that are compatible with GAL’s theoretical framework. Counterfactual thinking, as explained by Ingo Venzke, ‘involves the artificial change of at least one element of reality as we know it, followed up by an argument about what could have happened in that alternative’. In the proposed version of reality, cities and networks of cities have been part of GAL’s institutional spectrum from the very beginning. 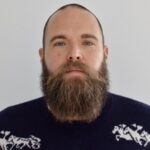 Edouard Fromageau is a lecturer in international economic law at the School of Law of the University of Aberdeen.