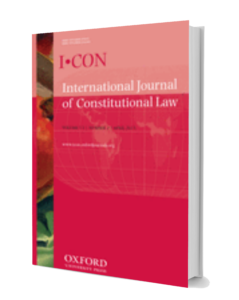 Read PDFRead PDF
Global administrative law (GAL) is clearly at a crossroads. It is at one and the same time both a success and a victim of its success. GAL not only identified and conceptualized a hugely important phenomenon of public (international) governance but also introduced a methodology with which to discuss, critique and, for those who have a taste for such, reform global administrative law. It has been around now for at least ten years—and this is meaningful. This test of time means that it is no fad. It is here to stay with us. Certainly, the phenomenon in the real world is here to stay with us and even expand in its reach and deepen in its importance. But also the approach, “The Movement,” the School of Thought, is here to stay with us. And with reason. When I compare GAL (both as phenomenon and as methodology) to, say, “multi-level governance” (MLG) (a similar attempt to capture and conceptualize a reality and offer a methodology to deal with it), GAL appears to be, in my eyes, far more substantive, with a lot more purchase than the vacuous MLG.

Whence the crossroads? GAL runs the risk of the overreaching Empire. From my vantage point of Editor-in-Chief of I·CON and the European Journal of International Law (EJIL), both of which would be natural loci to publish GAL scholarship, there is hardly a week when I do not have to read and screen and decide whether to send out to peer review a couple of GAL, or self-proclaimed, GAL articles. Some are good, some are poor, but often, too often, I have a problem understanding why and how the submitted piece is really part of GAL—either in the problem or phenomena it deals with, or the methodology adopted. GAL has become an attractive brand with which to draw attention to one’s writing and hence is used whether appropriate or not. When all issues of transnational or international governance become GAL, it begins to look awfully like the fate of multi-level governance. It loses its explanatory power and methodological rigor.

The idea is not, of course, to waste one’s time in policing the use of the brand GAL as if it were some DOC or AOC precious wine. But for those at the core of GAL design and thinking as an intellectual and academic endeavor, it might be a signal that the discipline is being weakened by dilution, in a way that threatens not its identity (we should not care about that too much) but its prospects for development as a discrete set of lenses with which to understand reality and a distinct toolkit with which to dissect such reality.

This “crisis” (if indeed it is one) coincided with a generational Changing of the Guards. The founding generation, with names such as Sabino Cassese, Benedict Kingsbury, Richard B. Stewart, Jean-Bernard Auby, together with Stefano Battini, Nico Krisch and Lorenzo Casini, who straddle both generations, gave GAL a distinct color and identity. There is now also a “new” generation, with names such as Edoardo Chiti, Christoph Möllers, Giulio Napolitano and Mario Savino, plus the over sixty international young scholars involved in the pantagruélique GAL Casebook Project, who are bringing fresh ideas and expanding horizons and to whom really the destiny of GAL will fall.

In this Symposium in I·CON, which picks up a series of Keynote Reflections presented at the 10th Viterbo GAL Seminar—an event established in 2005 by Sabino Cassese, Giulio Vesperini and Stefano Battini—the authors were asked to reflect on precisely these ontological and identitarian aspects of GAL, thinking about its boundaries, teleology and future pragmatic course.

GAL, of course, has no Directorate, Secretariat General, or Bureau, and no one has proprietary rights in a GAL franchise. Neither is I·CON an academic Pravda. But we think that for all those with an interest in the phenomenon and methodology the following reflections will be food for thought and may even offer illumination and possible direction.