The Impact of the World Bank’s Safeguards Review

Read PDFRead PDF
In 2012, the World Bank announced a review and update of its Environmental and Social Safeguards, a set of operational policies governing the conduct of the Bank and the borrower country (“Borrower”) in order to ensure that Bank operations do not harm people and the environment. The decision to review the Safeguards reflects both an increase in competition from other lenders as well as an ideological shift of the international community in favor of greater Borrower ownership.The first draft of the World Bank’s Environmental and Social framework was published in July 2014 (“first draft”). In

However, given the shift to greater Borrower ownership in the Proposed Safeguards and the apparent decrease of Bank control over projects, it is possible that the Panel may face resistance from Bank Management and the Board of Executive Directors who might argue that, given the qualitative changes contemplated by Borrower ownership of the project, Bank Management should not have the same level of responsibility as it did in relation to the current Safeguards. Further, if the Bank does not explicitly recommit itself to high environmental and social standards and does not reaffirm the saliency and
importance of the Panel, there is a serious risk that states, particularly those with more autocratic regimes, might be emboldened to refuse the Panel access or to intimidate witnesses from cooperating with the Panel. To ensure its continued effectiveness, we recommend that the Panel should both continue to engage with Bank Management and the Board of Executive Directors to clarify its role under the Proposed Standards, and continue to assert its unchanged role and power in the first set of cases it investigates after the adoption of the new Safeguards. 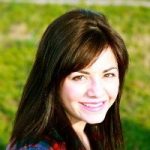