Read PDFRead PDF
In the international realm, very specific norms and standards have developed with respect to the media. Specifically, the media should be independent, should act with professionalism, and should reflect a plurality of viewpoints on salient issues. Government authorities should respect media independence and refrain from censoring or regulating editorial content. This paper argues that, in transitional societies where democratic institutions have not yet been firmly established, strict adherence to those norms in the process of democratization reform may impede, rather than facilitate, the ultimate development of successful democracy. The lens of media reform efforts undertaken in post-conflict Bosnia and Kosovo shows that, under certain circumstances, departure from established liberal democratic norms might permit a more efficient, effective reform process. Reform efforts undertaken in Bosnia and Kosovo failed to account for hurdles to the democratization of the media environment posed by characteristics of the post-conflict society in those locations. Moreover, steps that might have been taken to minimize the impediments to reform were overlooked. The paper then considers how the lessons gleaned from experiences in Bosnian and Kosovar media reform may prove useful in determining how to approach other media democratization efforts in other transitional societies, such as Iraq. 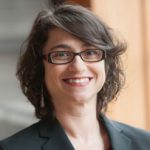