With its offer of security, increased efficiency, and lower costs, blockchain has the potential to revolutionize the cross-border payments system. However, before these advantages can be fully realized, there are a number of standards that will need to be developed. These include technological standards, governance and liability standards, and compliance with existing regulatory standards. The current landscape of blockchain development is highly fragmented, and numerous stakeholders possessing varying degrees of public and private regulatory power have taken on the task of establishing standards. This paper examines blockchain’s potential role in the cross-border payment infrastructure, predicts its needs for standards, and considers the standard-setting candidates within the framework of the global administrative law (GAL) typology. It asks the question—what type of regulatory body is most likely to emerge as the dominant blockchain standard-setter? Through an exploration of these organizations and comparison with analogous situations, this paper concludes that private governance will likely play a dominant role in blockchain standard-setting. Whether there will be any space for public regulators will depend in large part on (1) the scope and magnitude of distributional consequences accompanying any given standards regime, and (2) whether and to what extent private regulators preemptively address the regulatory issues that are of most concern to public regulators. 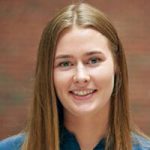