×
One of the Law School’s long-standing international programs funds five to seven positions each summer with the UN International Law Commission (ILC).

With support from the Center for Human Rights and Global Justice through the International Law and Human Rights Student Fellowship Program, the Institute for International Law and Justice operates a globally-unique summer internship program with members of the UN International Law Commission (ILC) in Geneva. The ILC shapes major projects of international law reform — for example, it produced the first draft of the Statute of the International Criminal Court (ICC) that was ultimately adopted at the Rome Conference — but the ILC operates almost entirely outside the purview of the major NGOs and of transnational civil society in general. While just down the corridor of the Palais des Nations, hundreds of NGOs and scholars may be attending the UN Sub-Commission on Human Rights, the ILC proceeds in serene isolation. This internship program, the only ILC program of wide-scope operated by any university, has three aims:

In more than two decades since its inception in 1995, far over a hundred students have participated in the program. Each was placed in a one-on-one internship with individual members of the ILC who are among the world’s leading international lawyers. A 2-credit preparatory course in the Spring before the internship, taught by NYU Law faculty, ensures students understand each ILC topic and the current state of work.

Students have worked regularly with such prominent figures as James Crawford, now of the International Court of Justice (the rapporteur responsible for the ILC’s draft ICC Statute and for finalizing the ILC’s seminal Draft Articles on State Responsibility in 2001), John Dugard (an eminent South African anti-apartheid lawyer who as Rapporteur has introduced important human rights-related dimensions to the Diplomatic Protection draft), Nabil Elaraby (a prominent Egyptian lawyer-diplomat who is now a judge of the International Court of Justice), Alain Pellet (one of the leading lawyers in ICJ cases, responsible for the ILC’s work on reservations to treaties), Robert Rosenstock (longtime legal adviser in the US Mission to the UN in New York), Bruno Simma (who brought Germany’s ICJ case against the US challenging imposition of the death penalty on foreign nationals who had not been told of their Vienna Convention right to contact their consulate), Hanqin Xue (the Legal Adviser in the Chinese Foreign Ministry, and one of the first women elected to the ILC in 2002), and Chusei Yamada (from Japan, arbitrator in the important Southern Bluefin Tuna case).

The opportunity to work closely with people of this stature has had a tremendous impact on many students’ choices of intellectual direction and issue areas, and in some cases has decided students on careers in international law. It has also taught the students a great deal about otherwise unperceived aspects of the law-making process, equipping them better to intervene in that process in the future. Many of the recent interns are still in Law School JD or JSD programs, almost all focused on international law and specific areas such as human rights, international criminal law, and environmental law. 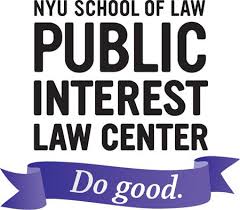